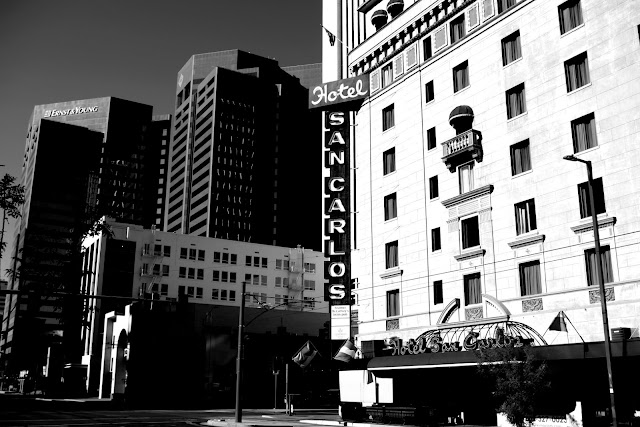 I like how the camera handled the light and darks.  In both cases there is that sense of high-contrast, but still allowing sufficient texture in both the dark and light areas of the photograph.  Nice sharp lines and visual perspective. 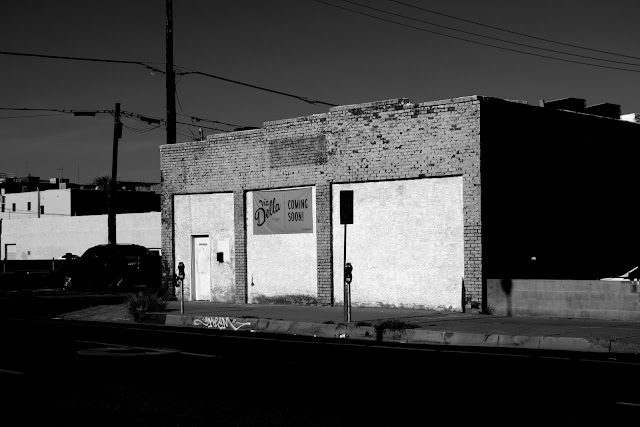 The morning sun really lit-up this boarded storefront, so the camera's auto adjustment handled the bright middle allowing for sense of texture and the dark;s contrasting in proportion. 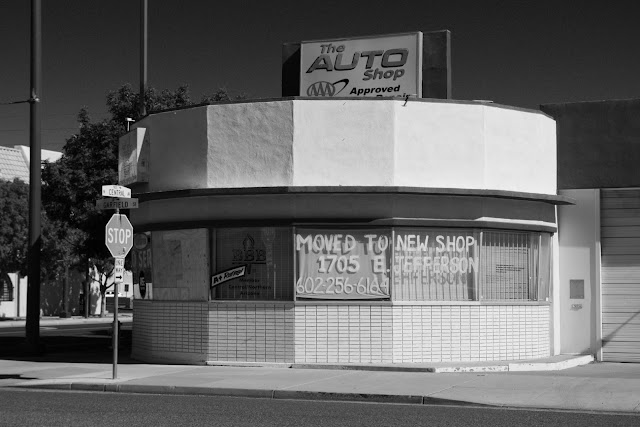 My eye sees a nicely lit building with both the top and bottom panels on the building showing darkening panels as you shift your focus left. 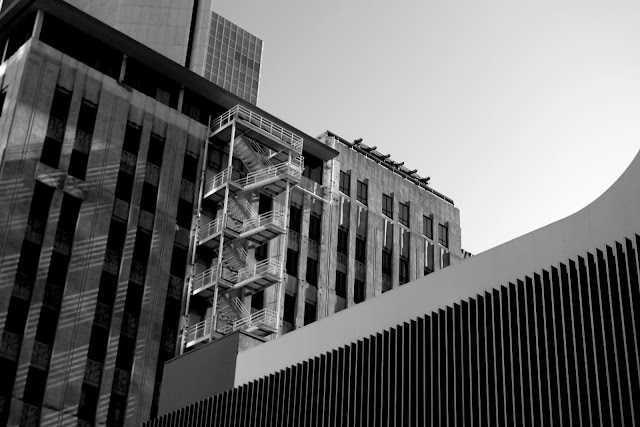 I like architecture enjoy composing a photograph with it as the subject. 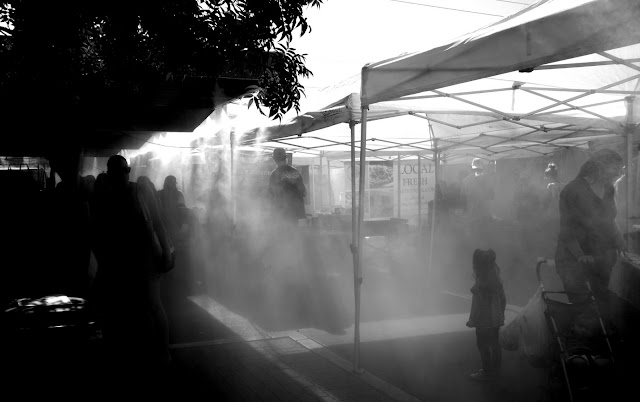 An opportunity that I couldn't pass up and the camera performed - capturing it. 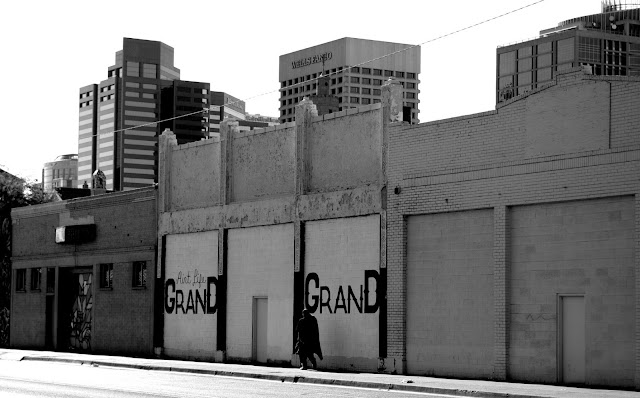 A Sunday morning on Van Buren Street in downtown Phoenix. 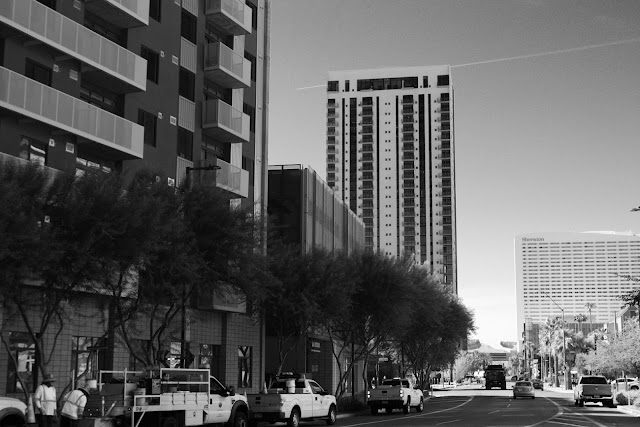 Cities built for the Industrial Age, reached a nadir around 1970.  The Information Age begin and slowly of 50-years the cities are being rebuilt and people are coming back.  Others call it Gentrification: Being economically pushed-out and the resulting isolation of community. 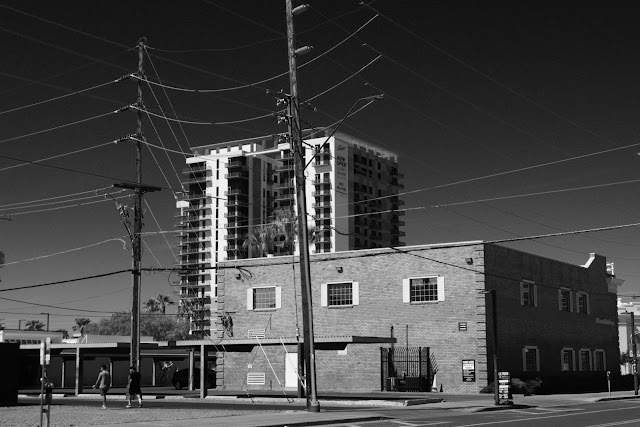 Less of the "bold" monochrome, but the camera made this choice and accurately composed the photo in my opinion. 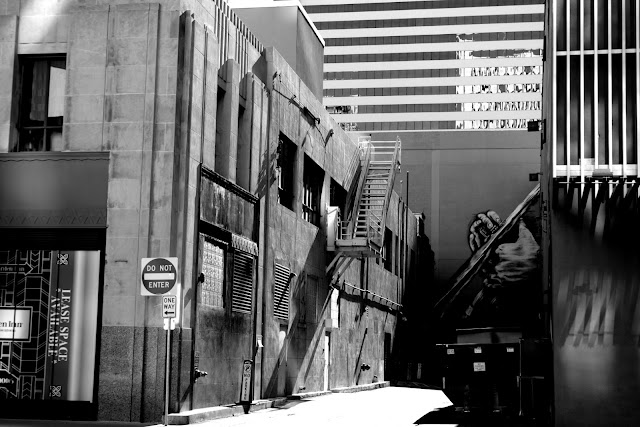 Nice ally shot.  I liked how the camera handled light, shadow in perspective of the composed photograph.


Note: All photographs straight from camera with no adjustments except high-quality resizing for this online post.   All photographs taken with the Pentax K-S1& 'kit' zoom lens (18-55mm) and automatic mode.  I choose automatic because it is one of my first tests with this camera, so I wanted to see how its technology handles the visual space it's capturing. 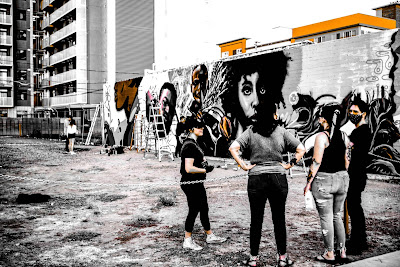 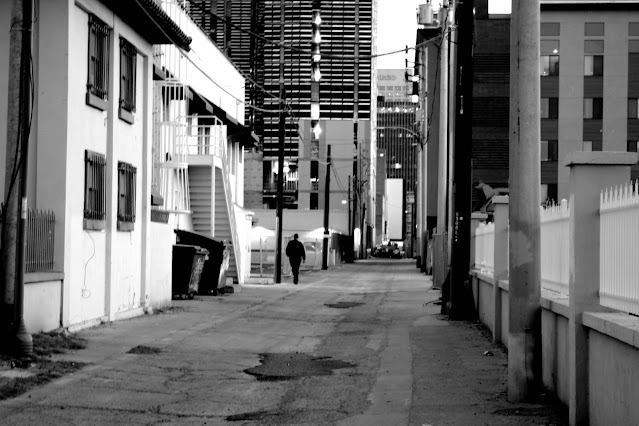